This is a cross platform python framework which allows you to build custom payloads for Windows, Mac OSX and Linux as well. You are able to select whether the payload binds to a specific IP and port, listens for a connection on a port, option to send an email of system info when the system boots, and option to start keylogger on boot. Payloads created can only run on the OS that they were created on.
Features

Implemented Transports
All communication between the host and target is AES encrypted. Every Stitch program generates an AES key which is then put into all payloads. To access a payload the AES keys must match. To connect from a different system running Stitch you must add the key by using the showkey command from the original system and the addkey command on the new system.

For easy installation run the following command that corresponds to your OS:

Motivation
My motivation behind this was to advance my knowledge of python, hacking, and just to see what I could accomplish. Was somewhat discouraged and almost abandoned this project when I found the amazing work done by n1nj4sec , but still decided to put this up since I had already come so far.

Other open-source Python RATs for Reference 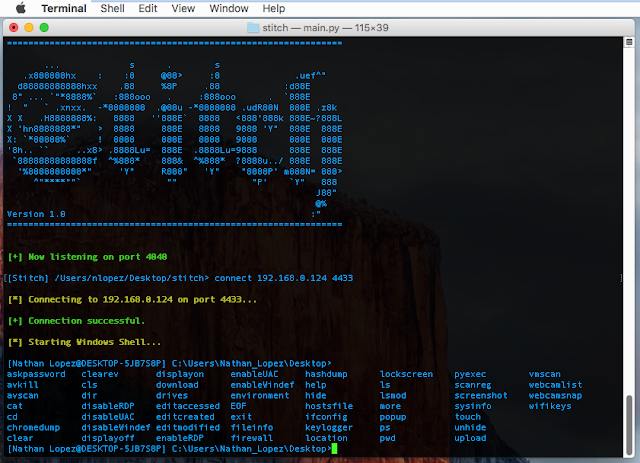 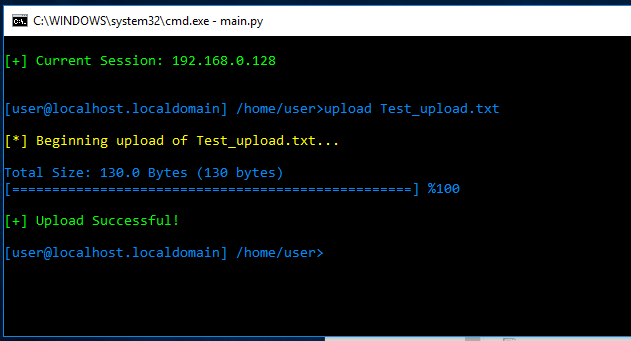